At some point, given my family connections, I really did have to cook something Portuguese. Tessa Kiros describes Caldo Verdes as potentially the ‘culinary equivalent of the Portuguese flag’, and all the Portuguese people I know really like this soup. It’s essentially a potato soup with chorizo and cabbage, but don’t let that put you off, its much better than it sounds. My mother-in-law has made this for us while visiting Portugal, and the recipe here a is a slight alteration of that, along with inspiration from some of the other recipes I have seen for it (from Nigel Slater in the Guardian, Jamie Oliver, and the BBC ). You could serve this as a starter, side dish or main course. Traditionally it’s often served with a Portuguese bread called broa, a type of cornbread, and I have a recipe for that to post on here soon. The cabbage used is of the dark variety, I think in Portugal it’s called couve gallego, but you could use kale, cavolo nero, or any of these kinds of greens. To cut the cabbage leaves, cut off the stems, then role up the leaves like a cigar and then cut off thin strips. 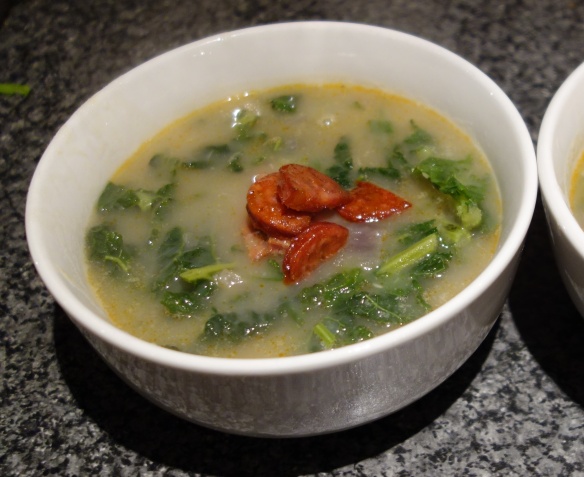 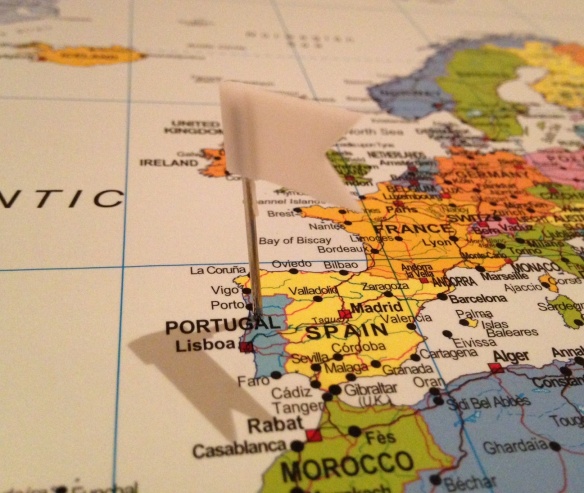